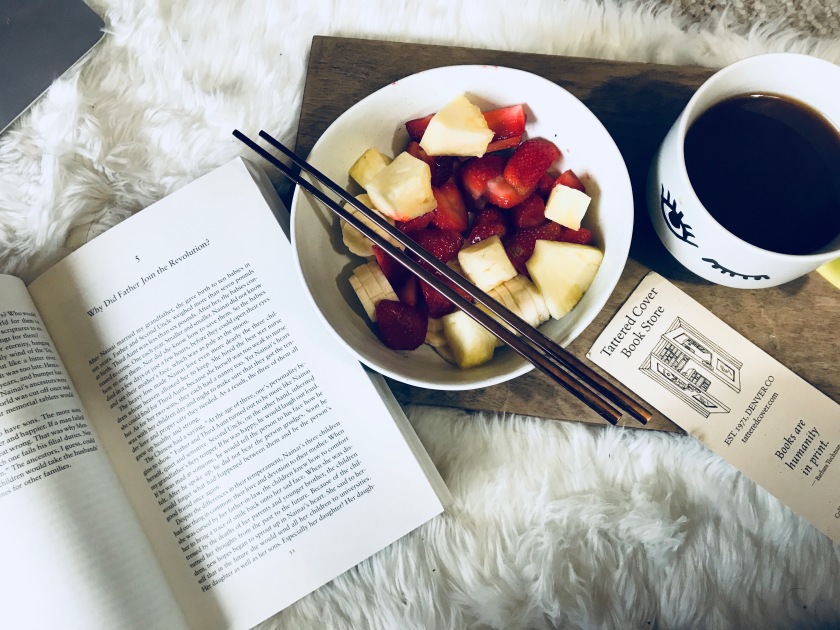 Spider Eaters is a beautifully written memoir. (See, I told you Nick had sparked an interest in me.) Its primary timeframe spans through the Cultural Revolution in China.

The author, Rae Yang was a young woman at the time (a child really) who grew up under the series of reforms and campaigns under Mao Zedong’s leadership. Both of her parents were revolutionists with decent jobs connected to the government so she was well off relative to the millions of other Chinese children who were dying at the time. She reflects on the societal changes that she witnessed in her youth and develops an intriguing narrative as she details her years as a young adult.

As she grows up, she becomes a revolutionist and joins the Red Guard and later, volunteers to move out of the city to work on a pig farm with the peasantry. This stage of her life is even more interesting than her observations as a child. Mostly, it’s an eye-opening piece of literature. It tackles social issues that are present in both China and global human society. It details examples of common social phenomena that often lead to discrimination and violence. It tells how she resolves many of the negative elements of her environment and comes out the other side a well-rounded, level-headed, educated woman.

If you have any interesting in contemporary Chinese history or if you’re really into memoirs, read it! It’s definitely worth the few days it takes to get through it.

What other memoirs have you guys enjoyed? Let me know in the comments section below or at hollyandoates@gmail.com