I AM super excited for 2020 and all of the opportunities and adventures and new things it will bring. I want to share some of the things I’m most excited about coming around this month.

First, the amazing books we’ll get this month! Here are the ones I’m most excited about:

A video of Deputy Eve Ronin’s off-duty arrest of an abusive movie star goes viral, turning her into a popular hero at a time when the LA County Sheriff’s Department is plagued by scandal. The sheriff, desperate for more positive press, makes Eve the youngest female homicide detective in the department’s history.

Now Eve, with a lot to learn and resented by her colleagues, has to justify her new badge. Her chance comes when she and her burned-out, soon-to-retire partner are called to the blood-spattered home of a missing single mother and her two kids. The horrific carnage screams multiple murder – but there are no corpses.

Eve has to rely on her instincts and tenacity to find the bodies and capture the vicious killer, all while battling her own insecurities and mountain pressure form the media, her bosses, and the bereaved family. It’s a deadly ordeal that will either prove her skills… or totally destroy her.

In a Philadelphia neighborhood rocked by the opioid crisis, two once-inseparable sisters find themselves at odds. One, Kacey, lives on the streets in the vise of addiction. The other, Mickey, walks those same blocks on her police beat. They don’t speak anymore, but Mickey never stops worrying about her sibling.

Then Kacey disappears, suddenly, at the same time that a mysterious string of murders begins in Mickey’s district, and Mickey becomes dangerously obsessed with finding the culprit – and her sister – before it’s too late.

Alternating its present-day mystery with the story of the sisters’ childhood and adolescence, Long Bright River is at once heart-pounding and heart-wrenching: a gripping suspense novel that is also a moving story of sisters, addiction, and the formidable ties that persist between place, family, and fate.

Woven in Moonlight by Isabel Ibañez

Ximena is the decoy Condesa, a stand-in for the last remaining Illustrian royal. Her people lost everything when the usurper, Atoc, used an ancient relic to summon ghosts and drive the Illustrians from La Ciudad. Now Ximena’s motivated by her insatiable thirst for revenge, and her rare ability to spin thread from moonlight. When Atoc demands the real Condesa’s hand in marriage, it’s Ximena’s duty to go in her stead. She relishes the chance, as Illustrian spies have reported that Atoc’s no longer carrying his deadly relic.

If Ximena can find it, she can return the true aristócrata to their rightful place. She hunts for the relic, using her weaving ability to hide messages in tapestries for the resistance. But when a masked vigilante, a warm-hearted princess, and a thoughtful healer challenge Ximena, her mission becomes more complicated. There could be a way to overthrow the usurper without starting another war, but only if Ximena turns her bank on revenge – and her Condesa

Orla Cadden dreams of literary success, but she’s stuck writing about movie-star hookups and influencer yoga moves. Orla has no idea how to change her life until her new roommate, Floss – a striving wannabe A-lister – comes up with a plan for launching them both into the high-profile lives they so desperately crave. But it’s only when Orla and Flass abandon all pretense of ethics that social media responds with the most terrifying feedback of all: overwhelming success.

Thirty-five years later, in a closed California village where government-appointed celebrities live every moment of the day on camera, a woman named Marlow discovers a shattering secret about her past. Despite her massive popularity – twelve million loyal followers – Marlow dreams of fleeing the corporate sponsors who would do anything, even horrible things, to keep her on-screen. When she learns that her whole family history is a lie, Marlow finally summons the courage to run in search of the truth, no matter the risks.

Followers traces the paths of Orla, Floss and Marlow as they wind through time for each other, and toward a cataclysmic event that sends American into lasting upheaval. At turns wry and tender, bleak and hopeful, this darkly funny story reminds us that even if we obsess over famous people we’ll never meet, what we really crave is genuine human connection.

Lydia Quixano Perez runs a bookstore in the Mexican City of Acapulco until one violent day changes everything. Forced to flee, Lydia and her eight-year-old Luca soon find themselves miles and worlds away from their comfortable middle-class existence. Instantly transformed into migrants, Lydia and Luca ride la bestia – trains that make their way north toward the United States, which is the only place they might feel safe. As they join the countless people trying to reach el norte, Lydia soon sees that everyone is running from something. But what exactly are they running to?

Included in the books I’m excited to read in January, I want to mention the classic I’ve chosen for this month (as part of a goal I’ve been trying to hold myself to for a while: one classic a month).

The astonishing novel Brave New World, originally published in 1932, presents Aldous Huxley’s legendary vision of a world of tomorrow utterly transformed. In Huxley’s darkly satiric yet chillingly prescient imagining of a “utopian” future, humans are genetically designed and pharmaceutically anesthetized to passively serve a ruling order. A powerful work of speculative fiction that has enthralled and terrified readers for generations remains remarkably relevant to this day as both a warning to be heeded and as a thought-provoking yet satisfying entertainment.

I’m ready for this one because (1) it’s one almost every list of great books I’ve ever come across in my existence and (2) it’s one of those that supposedly yields relevant information for years and years and years of people.

Now I don’t spend a whole lot of time staring at my television but I do love I few select genres, including C-dramas (to not lose the Chinese I spent thousands of dollars on between 2015 and 2019), Spanish shows (similar reason but with less capital involved), and anything true crime or legal. So here’s what I’m planning on watching this month.

Bryan Stevenson, a young lawyer, creates the Equal Justice Initiative, a legal practice dedicated to defending the poor, the wrongly condemned and women and children. One of his first cases is that of Walter McMillian, a young man who is sentenced to die for a notorious murder he insisted he didn’t commit. The case draws Stevenson into a tangle of conspiracy and political machination that transforms his understanding of mercy and justice forever.

香蜜沉沉烬如霜, or Ashes of Love (C-series) 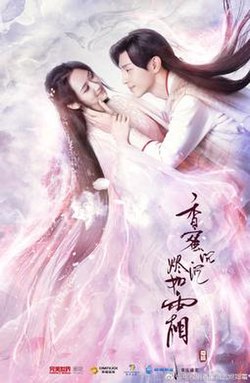 This is a drama much loved and praised. Its first season came out in 2018 and over this month (and probably through March) I’m going to make my way through it in preparation for its second season coming out sometime this year.

Worth noting for anyone who has ever considered watching C-TV: seasons are usually 40-100 episodes long! Yes, these show productions release HOURS of content for each season so be prepared for one serious commitment if you intend to watch them all the way through.

Pro – if you ever want to test your bingeing abilities, a C-drama is the choice for you. Also, these stories are wonderfully different from the typical plots of American and other western media.

In ancient times, the Flower Goddess [already amazing] dies after giving birth to a daughter. Before she passed, she fed her daughter the Unfeeling Pill [THE Unfeeling Pill!], ordered her subordinates to keep the girl’s birth story a secret and to imprison her within Shui Jing for 10,000 years. The girl’s name is Jin Mi.

Four thousand years later, the Heavenly Emperor’s second son, Xu Feng [my understanding is that this means Phoenix so don’t be fooled the fantastical nature of this show continues], was entrapped by someone and mistakenly entered Shui Jing. He was saved by the ignorant Jin Mi. After living together for one hundred years, Xu Feng gradually developed feelings for Jin Mi. [As one would after spending ONE HUNDRED YEARS TOGETHER.] Someone close to them wants to use those feelings for their own benefit. 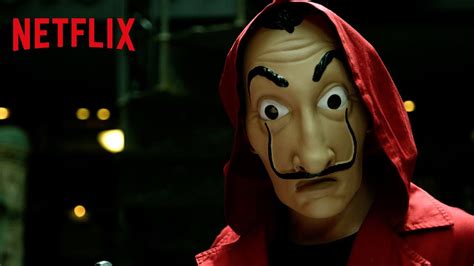 This is one I’m excited about because Part 4 will be coming in April! I loved the first season but dropped off with Part 2 and now feel the desperate need to pick it back up before the next round of episodes drops.

Eight thieves take hostages and lock themselves in the Royal Mint of Spain as a criminal mastermind manipulates the police to carry out his plan.

Explained is based on Vox’s earlier YouTube series. Following the same formate, episodes are short (less than 20 minutes) and pack a lot of information that covers a wide variety of topics.

Recently, Netflix and Vox have taken to making mini-series within the show that are focused on a specific, broader topic. (Seriously, you should take a look at The Mind, Explained because it is phenomenal.) This month they’re dropping a new mini-series on sex with a fabulous narrator to boot.

Attraction, fantasises and fertility. A series with all the secrets of sex that informs and entertains. Narrated in English by actress and singer Janelle Monae.

That’s my consumption plan for January and I’m looking forward to every minute and page.

What are you most excited about this month? Let me know in the comments or send an e-mail to hollyandoates@gmail.com. You can also reach out to me on social media: always, @hollyandoates.

Synopsis and photo of Lost Hills from leegoldberg.com

Synopsis and photo of Long Bright River from lizmoore.net

Synopsis and photo of Woven in Moonlight from isabelibanezdavis.com

Synopsis and photo of Followers from meganangelo.com

Synopsis and photo of American Dirt from jeaninecummins.com

Synopsis and photo of Brave New World from barnesandnoble.com

Synopsis and photo of Just Mercy from movieinsider.com

Synopsis and photo of Ashes of Love from mydramalist.com

Synopsis and photo of Money Heist from netflix.com

Synopsis and photo of Explained from Wikipedia.