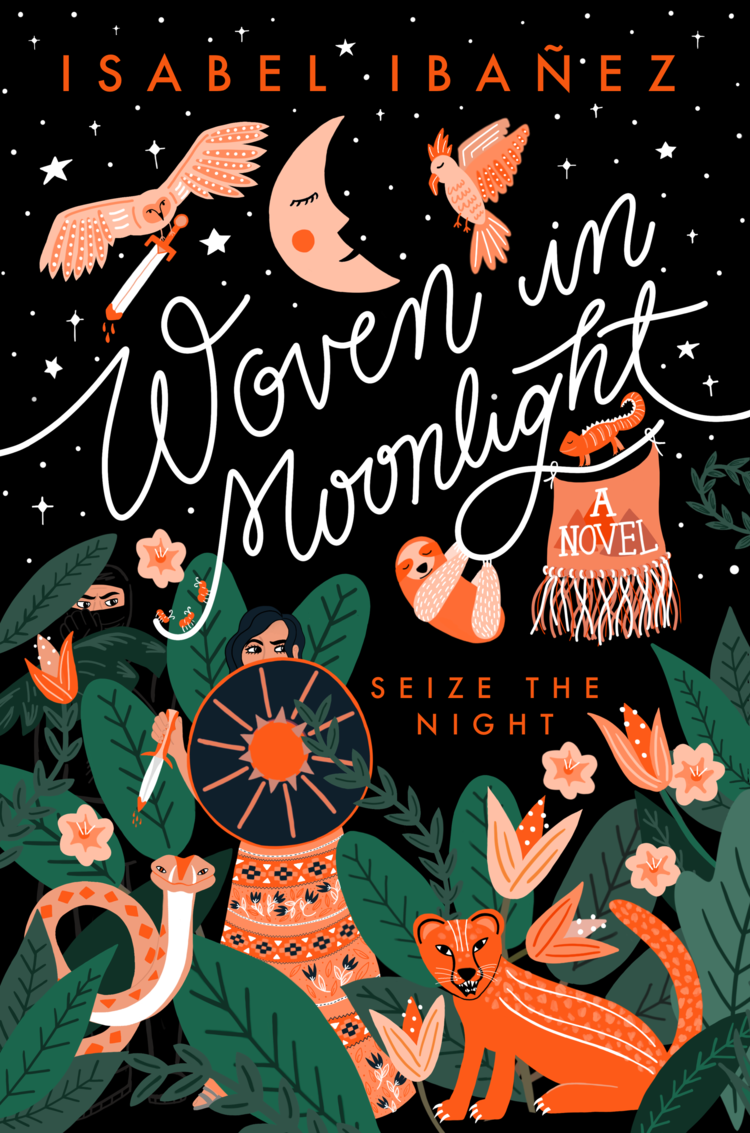 Woven in Moonlight is a heart-warming novel. I love stories where the author shines through. Ibañez does a wonderful job incorporating her culture into a story that is relevant to the current political climate, particularly where race and identity are concerned.

Ximena, as the decoy for her people’s leader, is held by their enemy for the majority of the book. There, she learns that not everything she has been conditioned to believe is true and that there is a lot of gray areas when it comes to deciding who deserves what. Homeland can be a controversial term, especially when your people have to take their “homeland” from others – who were there first.

All of the deeper issues Ibañez tackles are not overbearing in the book though. The entire story could be read without a second thought to these topics. In fact, you don’t have to draw a comparison between the issues of peoples in Inkasisa and the people in our own world – but I think that doing so gave the book an extra layer to enjoy.

In a lot of ways, Woven in Moonlight reminded me of the books I used to read in middle school: fictional worlds, magic, adventure, and sappy love stories. Still, something about Ibañez’s style (and probably word choice) makes the story feel more mature than my eighth grade reads. I found one thing the same though: in middle school, I loved books that told a story of self-discovery. I think in a time where I was coming of age it helped to know stories of others (fiction or not) who had figured out who they are. Woven in Moonlight brought some of that nostalgia back to me; my favorite part of the book was reading through Ximena’s internal debates and reasonings as she figures out who she is (and who she wants to be).