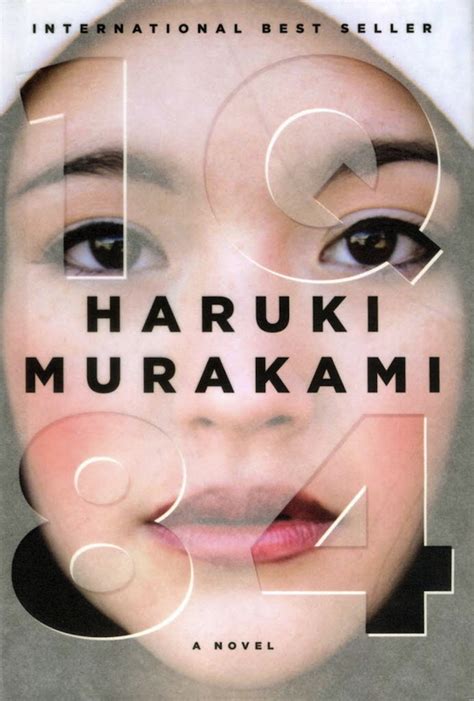 A love story in an Orwellian universe dominated by fanaticism of sects, abuse and corruption.

1Q84 gets a lot of hate. Of the few people I know who’ve read it, there’s no one who says it’s ‘just okay’. Those who love it, love it. Those you don’t are convinced it was a waste of their time. I’m part of the former.

A young woman named Aomame follows a taxi driver’s enigmatic suggestion and begins to notice puzzling discrepancies in the world around her. She has entered, she realizes, a parallel existence, which she calls 1Q84 – “Q is for ‘question mark’. A world that bears a question.” [Also, in Japanese, the letter ‘q’ and the number nine are homophones – both pronounced ‘kyu’.]* Meanwhile, an aspiring writer named Tengo takes on a suspect ghostwriting project. He becomes so wrapped up with the work and its unusual author that, soon, his previously placid life begins to come unraveled.

As Aomame’s and Tengo’s narratives converge over the course of this single year, we learn of the profound and tangled connections that bind them ever closer: a beautiful, dyslexic teenage girl with a unique vision; a mysterious religious cult that instigated a shoot-out with the metropolitan police; a reclusive, wealthy dowager who runs a shelter for abused women; a hideously ugly private investigator; a mild-mannered yet ruthlessly efficient bodyguard; and a peculiarly insistent television-fee collector.

A love story, a mystery, a fantasy, a novel of self-discovery, a dystopia to rival George Orwell’s – 1Q84 is Haruki Murakami’s most ambitious undertaking yet: an instant best seller in his native Japan, and a tremendous feat of imagination from one of our most revered contemporary writers.

I think the uneasy feeling some people get reading 1Q84 comes from the explicit material (sex and violence) and its sheer oddity. The plot is disturbing on most levels and sweet on the remaining few but each turn is artfully introduced and the ends tie up nicely. Murakami’s writing style is also incredibly deliberate and translated beautifully. This same story would’ve left no impression on me if it weren’t Murakami’s poeticism.

I read the compiled version, which is how it’s generally sold now, but originally Murakami published the story in three books. The compiled version separates each of these with black pages lightened with “1”, “Q”, “8”, or “4”. Within these, each chapter alternates between the narratives of Aomame and Tengo – and then finally Ushikawa, the P.I..

Truth be told, 1Q84 reads as Aomame’s story to me and I think it’s Aomame’s character that makes it one of my new favorite books. Tengo fell flat for the entirety of ‘Book One’ before finally growing out of the pages. Once he did, I had a lot of appreciation for Murakami’s character development.

The sap in me was also very pleased with the ending. It’s not happy for everyone but it’s good enough of everyone that you’re meant to care about.